This Norse-themed expanding reel slot takes some time to warm up and reveal its potential, but when all 74,088 paylines unfreeze and multipliers and sticky wilds are in play it’s an exciting prospect.

Like this slot game?
Find more from ELK Studios

WHERE CAN I PLAY Ice Wolf?

Ever since Big Time Gaming blew the market apart with their Megaways™ slots engine expanding reel games have been growing in popularity and top developers have been looking for new and interesting ways to integrate the mechanic into their products. ELK Studio is one of those who have done so successfully, using the format to good effect in the recent Voodoo Gold.

In Ice Wolf, a high variance slot, the extra paylines are revealed by breaking apart ice tiles to open up extra reels one by one until the top level comes into play where Sticky Wilds and Multipliers push up the game’s potential to its max of over 2,000x. It’s a pretty simple game, without any free spins features, and a relatively low top payout, but it’s fun nonetheless, and a great addition to ELK’s already impressive game catalogue.

Ice Wolf is set against a backdrop of freezing mountain ranges and forests, with a 6 row by 7 reel grid visible, though only 3 rows are in play to begin with. This gives you 729 winways on your first spin, but with the potential to increase that to 74,088 once all rows come into play.

The left and right side of the reels are framed by what looks like the carvings from the front of a Viking boat with impressive wolf designs on them. The reels symbols are a mix of the picture cards from a deck and animals including reindeer, wolves and eagles. The wolves are worth 5x for six on a winline.

The main feature of this game is the expanding reels which are triggered by landing consecutive wins. After any winning spin, a re-spin occurs, but before it does, tiles in the frozen rows above the main 6×3 are unfrozen, bringing more lines into play. When a re-spin ends without a win then the sequence stops and the rows ice over again.

Aside from the Re-Spins, the other key to unlocking potential here is the Ice Wolf symbol. Land one of these on any spin and a Wolf Pack will blaze a trail upwards from where the Ice Wolf landed, clearing frozen tiles and leaving Wilds in their wake.  At this point a Free Spin is awarded to increase the chances of greater wins.

The aim here is to unfreeze the top row of the reel set. When this happens, further features are unlocked to push up the win potential already unleashed by 74,088 winways in play.

Sticky Wilds – wilds that land on the top row remain in place until the sequence of spins ends.

Multipliers – From 2x to 50x the multipliers have the ability to enhance payouts massively. They stay in place through the sequence and they combine when more than one is visible on a payline.

+1 Spin – This symbol adds another spin to the sequence.

Ice Wolf is a simple slot that stays true to the high production values seen in every ELK Studio game. It’s a very impressive looking slot which uses a clever mechanic to trigger the expanding reels and offers some exciting gameplay when the top reel is in action. Just be aware that the high variance of the game means those moments are relatively rare, and additionally the top payout of 2,500x is well under what the best games in this group offer now. It’s a seasonal pleasure, but unlikely to last the distance and become a classic. 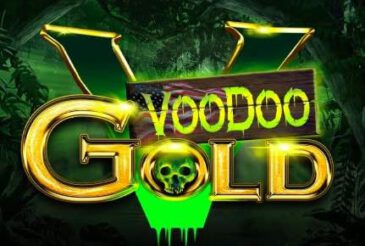 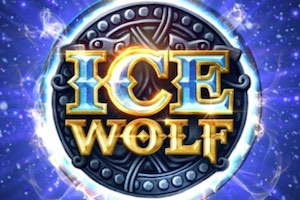