A feature-packed high variance joy ride that channels the spirt of 70s London punk rock, using expanding reels, free spins, jumping wilds and up to 25x multipliers to stick one middle finger up at the man and hit you with an 8,000x top payout. 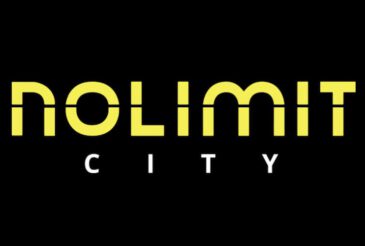 Like this slot game?
Find more from No Limit City 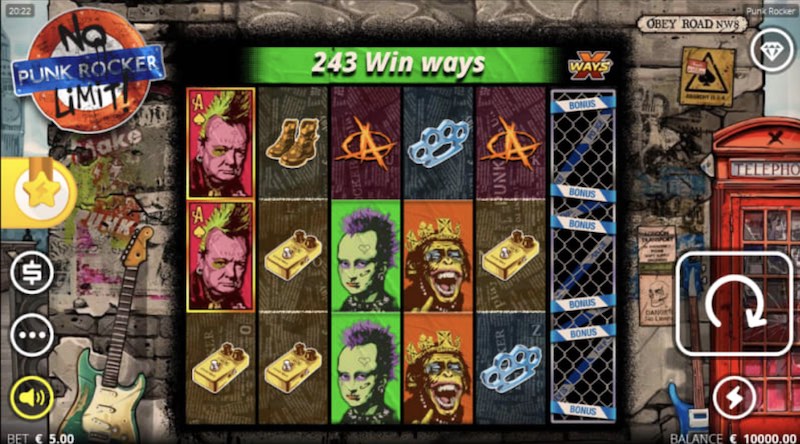 WHERE CAN I PLAY Punk Rocker?

Only for high risk fans

Pretty much every theme imaginable has been harnessed by a slot studio to create new and alternative game experiences at one time or another. Here at The Casino Heat we thought we’d seen everything until NoLimit City cropped up with their Punk Rocker game. This is a slot that uses imagery and sounds that conjure up 1970s London as the backdrop to high variance action that could only have come out in 2020. Yes, whilst the theme might take you back to the days of The Clash and The Sex Pistols, the gameplay is here and now – expanding reels and a sampling of modifiers and multipliers that will have high variance fanatics sweating and itching with anticipation.

NoLimit City might not have been the hippest slot studio before 2020, but with Punk Rocker they’ve taken a huge step towards the big league with a game that packs a lot in. Let’s find out more.

Punk Rocker takes very recognizable imagery from punk’s London heyday – disheveled guitars, red phone boxes, underground signs, and a dirty old street are all around the reel set which starts as a 5×3 set up with 243 ways to win, but can expand to 6×6 with 46,656 win ways if you get lucky.

Symbols on the reels include Molotov Cocktails, Bovver Boots, Anarchy Symbols and guitar pedals. The premium symbols are made up of Banksy style irreverent illustrations of famous characters like Kim Jung Un, Einstein and Winston Churchill. The latter is worth 6x for 5 on a line, or 20x for 6 on a line with expanded reels.

Watch out as well for the Molotov Wild which gets interesting in the free spins rounds where it can stack and turn adjacent symbols wild.

The Mystery Symbols can appear in both base and bonus games. It will transform into another symbol and expands when it lands. It also forces the entire reel to expand to six rows high.

The scatter is a London Underground sign with Bonus written across it. There are two free spins rounds available, as well as a Re-Spins feature:

Riot Re-Spins– land two scatters and you’ll get a Riot Re-Spin. Here, existing wilds and the reel they are on are held, scatters are now Wilds, and can infect those symbols around them, transforming those into wilds too. There is also a Bonus Reel that becomes active during the re-spins, making the minimum win ways 729.

BOTH Free Spins features come with the SIXTH reel activated to increase your win ways, and a special Modifier Train in action along the top of the reels. Jumping Wilds move from reel to reel during the free spins round and activate the modifier in the carriage above the reel they land on after each spin.

These are the available modifiers:

Whilst this is a feature-packed slot with a top theme and tons of interesting gameplay it is also a very volatile one and consequently will only likely appeal to high risk game fanatics. Unlocking the bonus game is a tough ask, but that combination of jumping wilds and multipliers is going to create some very pumped-up win sequences. Look out for some epic win action on You Tube.

MORE SLOTS FROM No Limit City