The first in a series of five highly volatile slots from Thunderkick, each featuring ferocious beasts (and big payouts) to conquer. Kraken’s Lair features wilds, expanding wins and free spins and a 7,777x top payout. 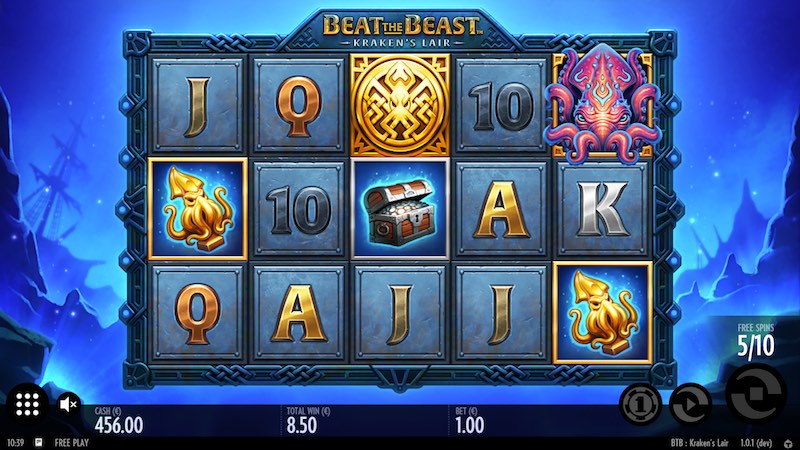 WHERE CAN I PLAY Beat the Beast: Kraken’s Lair?

In January 2020, the top Swedish game producer, Thunderkick, announced it was releasing a series of FIVE new games in the coming year, each characterized by high variance and featuring a deadly beast of some kind. The idea being, these slots are only for the bravest slots players who are prepared to risk all to beat the beast and land the high value prizes on offer. The first of these games is to be released in February and is called Beat the Beast: Kraken’s Lair.

Thunderkick are one of our favourite game studios here at The Casino Heat. Their catalogue includes some of the zaniest and most fun games currently available at casino sites in the UK. And they are no strangers to high variance action either. Past titles like Pink Elephants and The Falcon Huntress are popular games amongst high risk fanatics.

In the first in the Beast series, Thunderkick have brought us a simple game with few features, but the kind of great graphics we’ve come to expect from them. The reel set is displayed against the backdrop of a deep ocean setting, home to the mythical beast of the title. This is a 5×3 reel game, with just 9 fixed paylines.

Look out as well for the Kraken Wild and Scatter symbol that is crucial to winning big in this game.

The gold Kraken symbol represents the Wild in this game, substituting for all other symbols bar the scatter. If the Kraken forms part of a winning combination then all winning symbols expand to fill the entire reel they are on, creating more wins.

Three or more Kraken’s landing in one spin means they behave as scatters, triggering 10 free spins. In addition, 3, 4 or 5 of the Kraken’s will earn you 2x, 20x or 200x your stake. During free spins ONE Kraken symbol will also be added at random to the reels.

It is also possible to re-trigger the free spins by landing 3 or more scatters during the round, with no limit to how many times this can be done.

Beat the Beast: Kraken’s Lair is a Thunderkick slot through and through, measured by top class graphics and production and a simple but engaging gameplay. For this reason we like it. However, it’s slightly disappointing not to find more creativity in the features as this game won’t measure up against some of the more dynamic slots being produced by rivals like Big Time Gaming. It will be interesting to see how Thunderkick move forward with this new series from here, and if they are willing to push the boat out to make for more varied gameplay. For now though, a solid start. 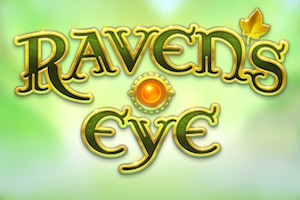