The first Megaways™ release from Iron Dog Studios is a fairly generic affair packed with the usual array of cascading wins, free spins, progressive multipliers, multiplier wilds and locked 7 row reels. The standard 117,649 win ways can deliver a top payout of 40,000x on a medium variance. 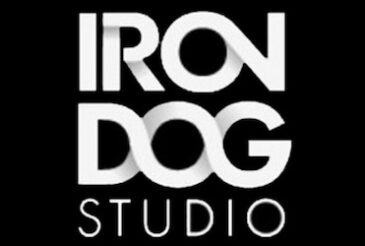 Like this slot game?
Find more from Iron Dog Studios 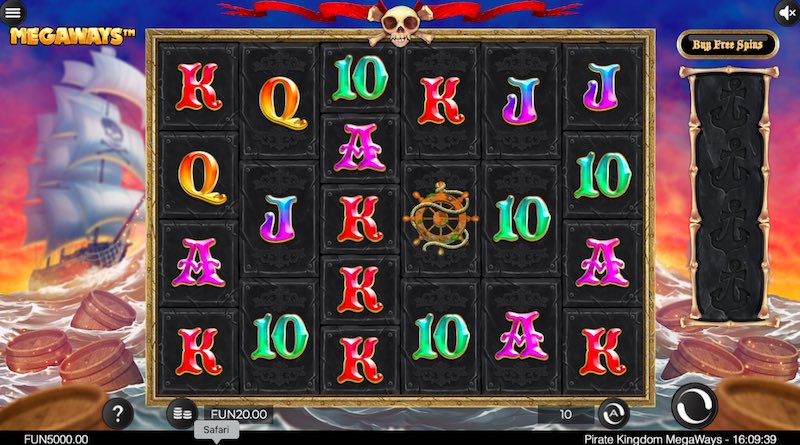 WHERE CAN I PLAY Pirate Kingdom Megaways™?

It’s hard to believe that there was once a time when Megaways™ slots did not exist. Right now it feels like we are heading inexorably towards a world where Megaways™ will eclipse the standard 5×3, 20 paylines game formats slots were traditionally built on such is the avalanche of games being produced by Big Time Gaming and their licensees. Everyone from Red Tiger to Relax Gaming is in on the act and barely a week goes by when a new release isn’t flagged in our inbox. So, Iron Dog are the latest to join the party, and their first release is Pirate Kingdom Megaways™. This studio has elected to take the safe route and not mess to much with the tried and tested model, so anyone who has already played a Megaways™ game will be familiar with the standard features – cascading wins, free spins, multipliers and of course the expanding reels giving up to 117,649 ways to win. There is one notable add-on in the form of a Locked Reel that comes into play during the bonus round.

You can play Pirate Kingdom at the sites listed here, or visit our UK Casino Sites page for more.

As you would expect, Pirate Kingdom Megaways™ is a high seas romp, with the reel set nestled in front of an ocean backdrop as the sun sets. The free spins meanwhile take place in a sub-aquatic scene with aqua blue, shipwrecks and coral for company. It’s not the most original theme or design, but it’s a nice execution. The low value symbols on the reels are the cards, 10 though to Ace. The high value ones are the pirate characters, including an old sea-captain, a ships wheel and a treasure chest. The captain pays out the highest at 25x for six on a payline.

There are also two wilds in the game, and they land on reels 2 to 6. The first is a standard wild and the second is a multiplier wild with a 2x applied to wins that feature this symbol. It is possible to get more than one of the multipliers in one win line and in this case the multipliers are combined (up to 8x).

The cornerstone of almost every Megaways™ slot is the combination of cascading wins and expanding reels. Cascading wins occur after every winning spins. Winning symbols are removed from the reels and replaced with new ones. If these create more wins then the process repeats. This creates sequences of wins triggered by just one paid-for spin. At the same time, the reels themselves will randomly expand to display anything from 3 to 7 symbols each, giving a maximum of 117,649 paylines when all six reels show seven symbols.

The other classic feature of Megaways™ is the Free Spins and Multiplier combination. During a cascade sequence, for EVERY win an anchor is added to a meter at the top right of the screen. When you have 4 anchors you unlock 8 spins. If more wins ensue, each is worth another 2 free spins, up to a maximum of 14 free spins.

During the free spins round itself, the Anchor Meter is still active, but this time only 2 spins are awarded for four anchors. However, the number of free spins from consecutive wins in a sequence is unlimited.

Now … during any free spins sequence a Progressive Multiplier will also be applied to your wins. This starts at 1x and increases by 1x with each consecutive win! It too is unlimited and gives you the big win opportunities when it really gets going.

And in addition to all this mayhem, whenever you get a reel expanded to 7 rows during the free spins round, not only will it LOCK there for the duration of the round but it will also add a further 1x to your multiplier value! This is the first time we’ve seen this feature in a slot, and it adds a further boost to your win potential.

Whilst some may feel this slot is treading a lot of old ground, it is in fact a good introduction to the world of Megaways™ for new players. Not only does it offer all the best features of these great games, but it also does so in a slot where the variance has been turned down a notch to a medium level. So whilst you still get the thrill of those win cascades and the increasing multipliers, you avoid the frustration of a high risk, tight-as-hell slot where the wins, though big, are infrequent. For this reason we really commend this slot for those trying Megaways™ for the first time. Those who prefer their variance high would be better off spinning on one of Big Time Gaming’s best for 2019, the brilliant Monopoly Megaways™.